A final “bigger” week of training in the books for me. The last 2 weeks before the race we will begin to taper with a cutback on weekly volume and length of workouts. For this week my focus was on keeping my energy levels as high as I could, and getting one more really tough workout in on Sunday.

The week began with a single 12 mile run Monday morning, followed by our newly implemented Monday strength session at HYPO2 at 10am. It was a bit of a busy morning, but I certainly savored having the afternoon off; spending quality time with Annika who had the day off. On Tuesday I had a 10 + 4 double, with some light drills and strides after the second run to prepare for a little track session Wednesday. The session wasn’t very hard aerobically or on my legs; but it was a great opportunity to focus on my foot strike.

Last Sunday I got to see world famous (at least amongst elite runners and track athletes) Chiropractor/PT John Ball; who has worked a lot on my hip since I’ve moved back to Flagstaff, but on Sunday focused his attention on my feet. He noticed something a little off in my stride and gave me some exercises to do in order to get me running more efficiently. I’ve been focusing on those exercises and noticing some differences in my stride; and Wednesday’s lighter session was a great workout for me to get my adjusted stride more comfortable. We did 20 by 300 in 52 second average, with a 200 jog between them. My stride felt more and more natural as the workout went along which I took as a great sign of progress. I finished the day with a 4 mile second run.

Thursday was another 10 + 4 mile double day, with our team’s second trip to HYPO2 for strength work also included. Friday morning, I had a medium long run of 14 miles. I ran the first ten miles at easy day pace with Ben Bruce, Fauble and Futsum; then picked up the pace a bit when I added on the extra 4 miles by myself. It was nice that the slight change of pace felt natural, not forced; which I’ve always taken as a good sign of fitness for longer races. Saturday was another 10 + 4 mile double with light drills and strides to prepare for a big session Sunday morning, my last big workout before beginning my taper for Chicago.

The goal for Sunday was to do 2 by 6 miles, the first at 5:14 pace, the second between 5:05-5:00 pace, with a mile jog recovery in between them. I woke up early, excited to take on the workout; but surprised and a bit concerned that my right hamstring felt tight. I prepared like I normally would, trying to spend some extra time to stretch that hamstring. I would be running this workout solo, my only company being Coach Ben on his bike. That was helpful as it was some kind of company; he was able to check on traffic as I approached intersections, and gave me words or encouragement throughout. He also gave me my splits throughout the workout. I got into a great rhythm in the first 6 miles almost immediately. I ran a little faster than the target pace, but 5:11 felt comfortable. I tried to imagine this is what the first half of Chicago would feel like; I just want to get into a nice rhythm and relax as much as possible. That’s what I did running 31:05. My stomach started to turn a bit the 6th mile, so it was nice to be able to include a quick bathroom stop during the mile jog recovery. I told Ben it wasn’t a big concern as I’m confident I would have been fine to keep going without a bathroom stop had we been doing a continuous steady state today. I knew the 2nd 6 mile segment would be tougher, but again, I wanted to simulate what I’d like to do in Chicago by slowly squeezing down the pace/increasing the effort as I got closer to being done. I started a little slower than planned, running 5:11 for the first mile. I was still checking in on my right hamstring from time to time. It wasn’t hurting really, it just didn’t feel like I was getting the amount of energy return from it like I would when it wasn’t tight. Getting that hamstring back to normal will definitely be something I focus on these last 2 weeks before Chicago. I picked up the pace slowly, running 5:08 and 5:06 for the next 2 miles. That is when the effort when from “not easy anymore” to “pretty hard.” Again, this is a lot like the marathon, so I embraced the feeling, knowing it would serve as great preparation. I focused on continuing to try to be relaxed, as I also continued to increase the effort. Mile 4 was a 5:04, mile 5 a 4:59. I had squeezed down the pace each mile like I had wanted to; just one mile to go. I was on track to be able to do it again, running 2:30 from 5 to 5.5, but then had to fight through a pretty bad stitch from 5.5 to the finish which cost me a little bit of time; but still ran 5:02 to finish that 6 in 30:33 (5:05.5 average pace.)

I was really wiped out the rest of the day Sunday. My stomach was really sensitive, which makes sense considering I had to deal with an unusual bathroom break and side-stitch. My legs were sore, especially the right hamstring. It didn’t get worse throughout the workout which is good; I expect it should feel fine after a few days of working on it. Despite feeling wiped out, I was very happy with the workout. It was a great way to bounce back after a below average steady state the week before; and was great practice for how I’d like to execute my race in Chicago. I finished the week with 102 miles. My weekly volume hasn’t been as high as my previous marathon buildups, which is a purposeful adjustment Coach Ben and I have made considering my experience. The nice trade-off with that is that I expect to feel fresher come race day. Which is now just 2 weeks away! 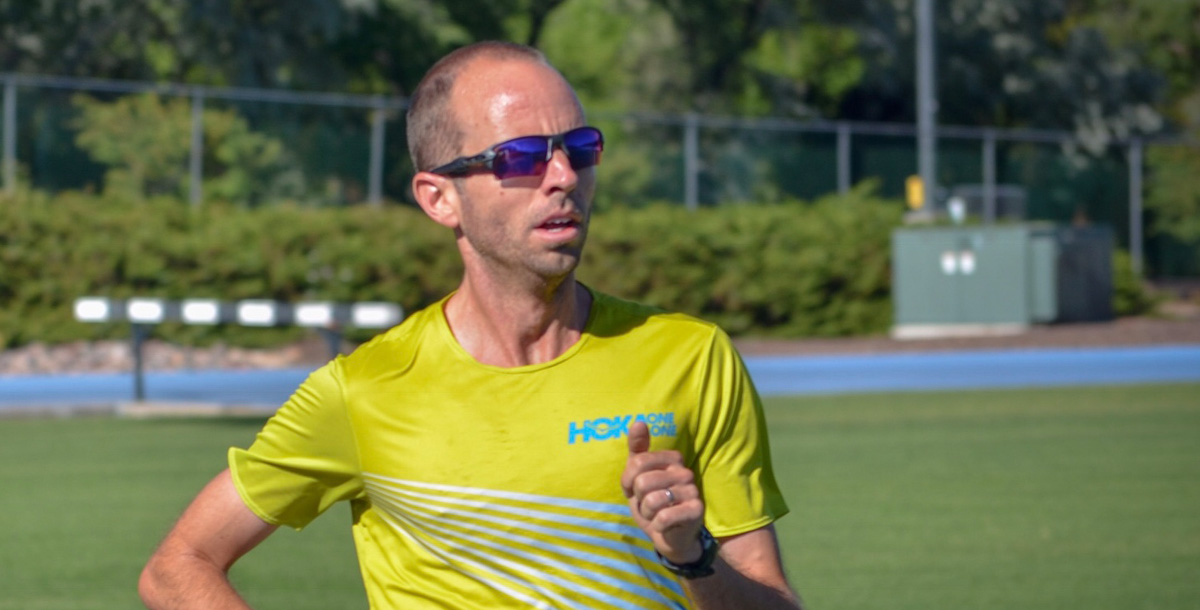 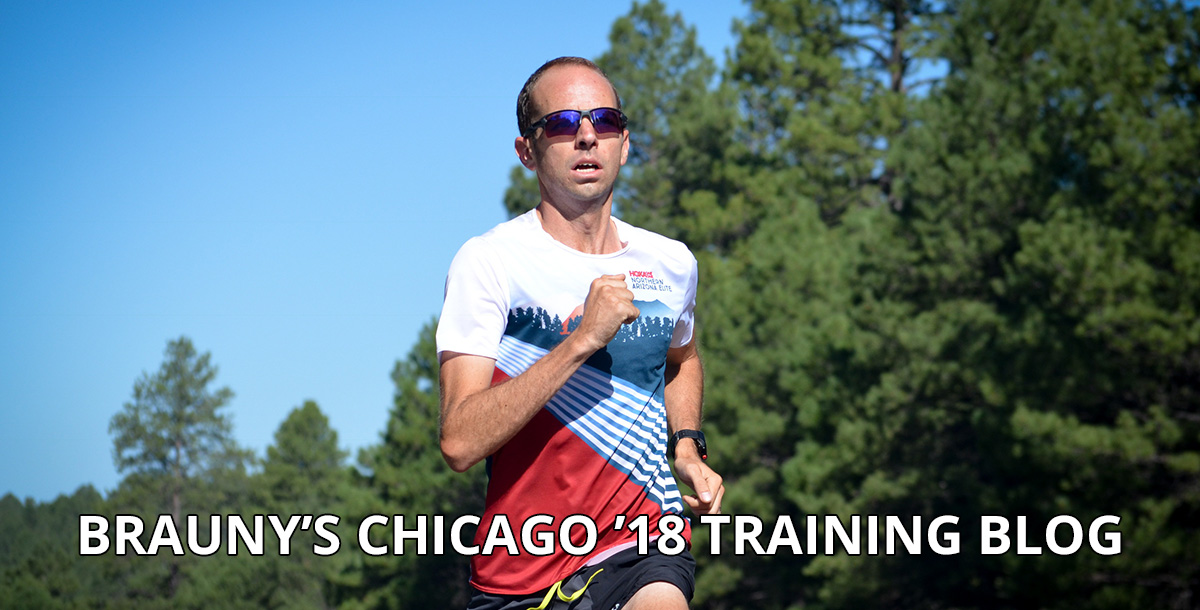 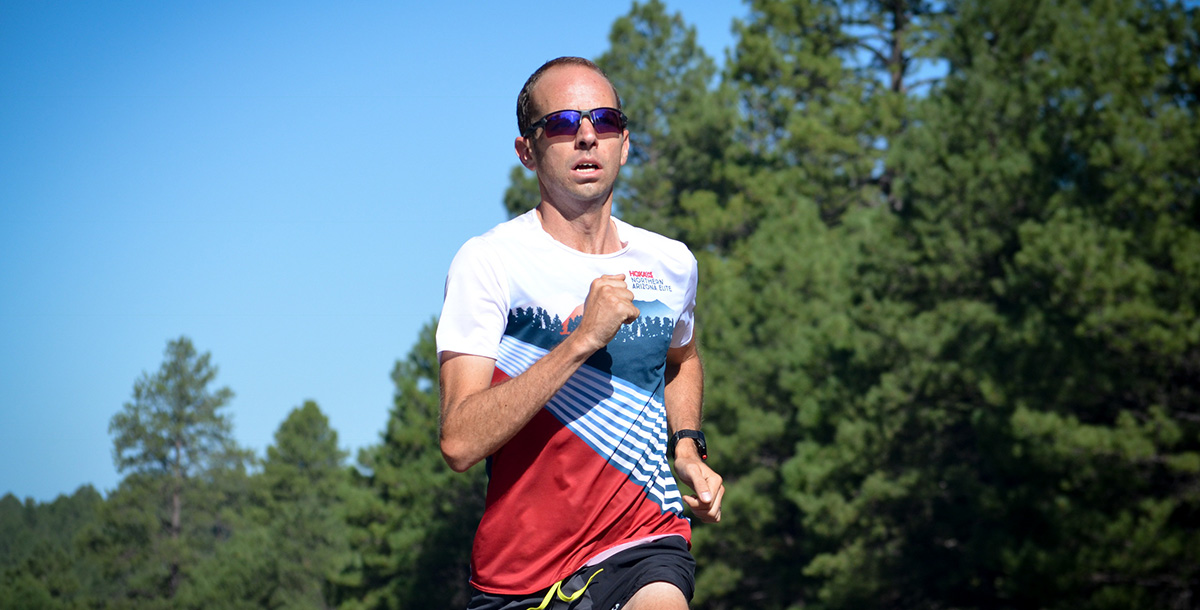