The Sonoran Distance Project is a women’s running team based in Arizona. I started it in 2013 as a way to help women I was coaching reach their full potential. I knew from personal experience and the success of other athletes that training in a team environment worked. I also wanted to increase the exposure of elite running in Arizona, and help create the fan base I think is essential for elite distance running to continue succeeding in the United Sates.

In year 2013 the team had little more than a name and a logo. It was the same group of women training together but with no change in resources.

In 2014 we put the logo on singlets and sports bras so the team had a uniform, and we could start to build an identity. We got a grant from the Sally Meyerhoff Foundation which was our first financial support. In July we had a team retreat in Flagstaff then we began ramping up our social media presence. In the Fall of 2014 Ariana Hilborn finished fourth at the USATF Marathon Championships running the A standard for the Olympic Trials then a month later Autumn Ray ran a huge PR and got the B standard for the Trials. 2014 was finishing strong when we got an opportunity to pitch team sponsorship to a large company.

2015 has started extraordinarily well. After meetings at their corporate headquarters, Proctor & Gamble and two of their brands Always and Pantene decided to extend financial support to the Sonoran Distance Project. Immediately, we began work on team uniforms, and Brooks stepped up with an offer to outfit the team for 2015. After a slow start in 2013, the team has gone from zero to sixty in the last couple weeks.

With the support of our sponsors, the entire team of 16 will race in matching uniforms this year. We’ll send a team to the Shamrock Shuffle in Chicago for the 8K team championships, athletes will have performance based bonuses throughout the year to help support their training and we’ll travel to a spring and a fall marathon as a team with pacers to help those going for an Olympic Trials qualifier.

Additionally, the team will promote the message that hard work and dedication pay off, and chasing dreams athletic or otherwise is valuable in becoming the best person you can be. Follow our journey to the 2016 Olympic Marathon Trials and beyond at www.sonorandistanceproject.com or @SonoranDistProj or www.facebook.com/sonorandistanceproject. Good luck chasing your dreams in 2015. 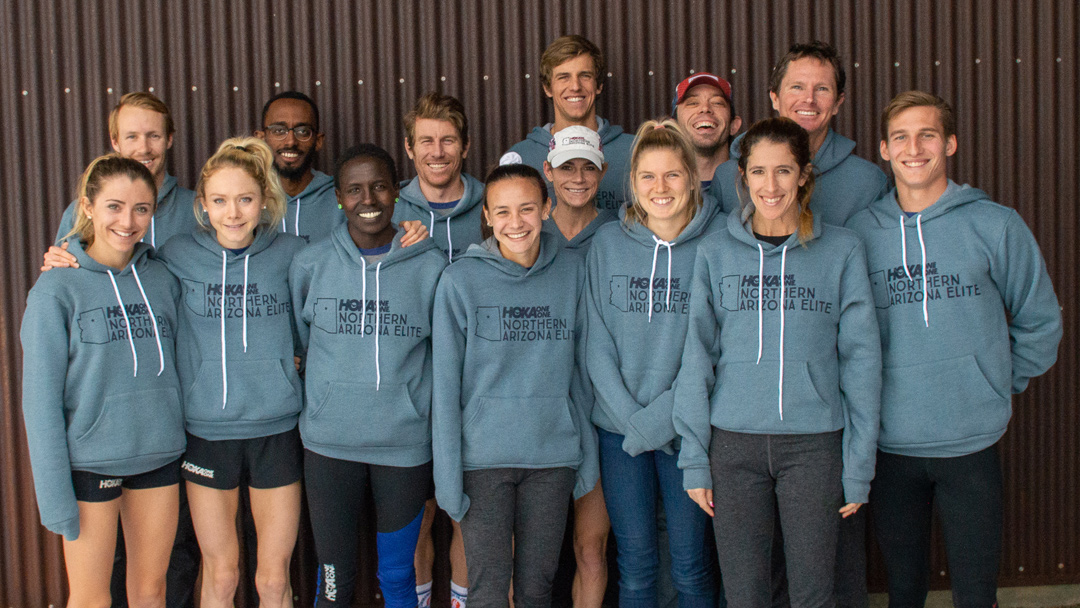